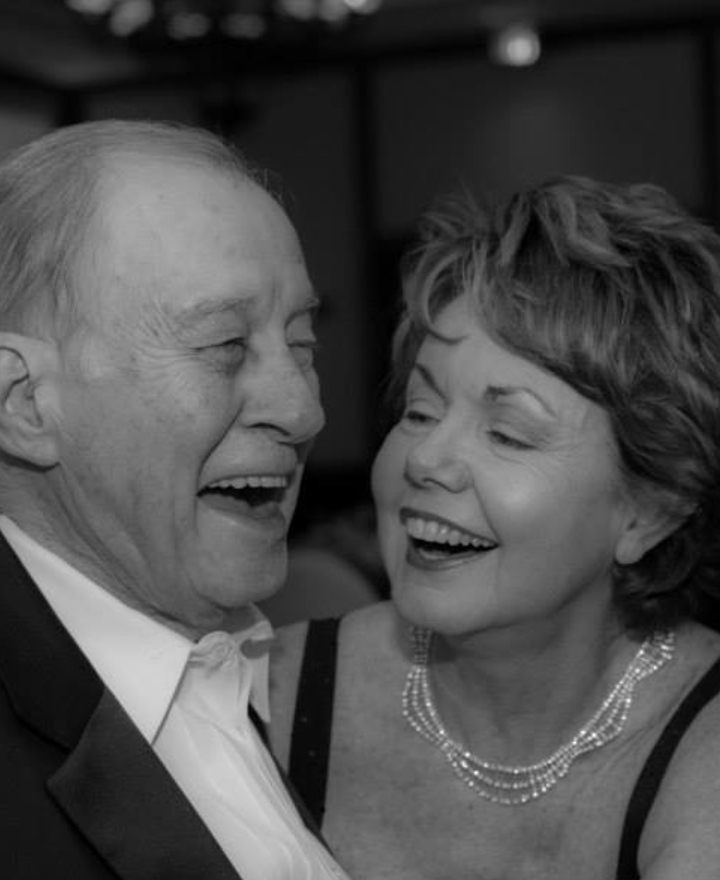 As a special education teacher, Theresa loved teaching. But even with her master’s degree, the income left a lot to be desired, especially when she incurred day care costs in order to continue working after their daughter was born.  With Frank’s background in traditional business (he is self-taught, with no formal education past the sixth grade), Theresa decided after eight years of teaching that it was time to stay home to raise the kids while getting involved with Frank in his business ventures.

In 1974, they founded a sign franchise business, which grew across the Southeast. Frank has received numerous awards and honors for his business savvy and his ability to help his peers take their businesses to new levels of success. He was named one of the Top 50 Businessmen in the U.S. and was honored by both the Charleston and South Carolina Chambers of Commerce as “Business Person of the Year.” He continues to advise and support business owners and upcoming entrepreneurs constantly, including many PPLSI business owners!

As a result of their experiences in opening a small chain of bookstores and later from founding a graphic sign company franchise, the AuCoins learned a lot about traditional business. Although they loved what they accomplished, they found that being a traditional business owner demanded a lot — dealing with employees, overhead, rent, insurance, bookkeeping, marketing, worker’s comp, collections, etc. However, when they discovered PPLSI, they learned they could grow a business without the normal challenges and headaches they were familiar with. Theresa and Frank have accomplished some of their longtime dreams and goals during the past few years.  They have accumulated about 40 (fully paid for) rentals, which Frank enjoys managing, growing and constantly improving.  Theresa, as a result of her passion for learning about true health and wellness, became certified in nutritional counseling. She envisions a world where humans, not profits, come first, and where the root causes of health challenges are priority and focus, not just pills to cover up and/or manage symptoms. She loves opening up people to the possibilities and how to’s of vibrant, long term health, no matter how bleak their health seems at the moment.The AuCoins, in their PPLSI journey, have hit the rank of Platinum 4, have earned the $400,000 Ring and are members of the Millionaire Club. They were honored to be featured in one of the segments of a Private Business Reception DVD, and Theresa was featured in the LegalShield magazine LIVE MORE. Theresa, turning 70 this year, and Frank turning 80 this year, are both enjoying this new chapter in their lives, smelling the roses along the way!

Frank and Theresa love spending time with their family and friends.

The joy is in the journey.  It always has been and always will be